After five years with TAINE, our guitarist Petre Iftimie decided it was time for him to leave the group. We do not personally think that the REAL reasons behind his decision are relevant, not even for those who follow the journey of our group TAINE.

We would like to believe that, as it was in the case of our former drummer Adi Tăbăcaru, the reasons behind this are the desires for affirmation, the ambition to evolve as musicians, the chance to embrace a change in his career as an artist. 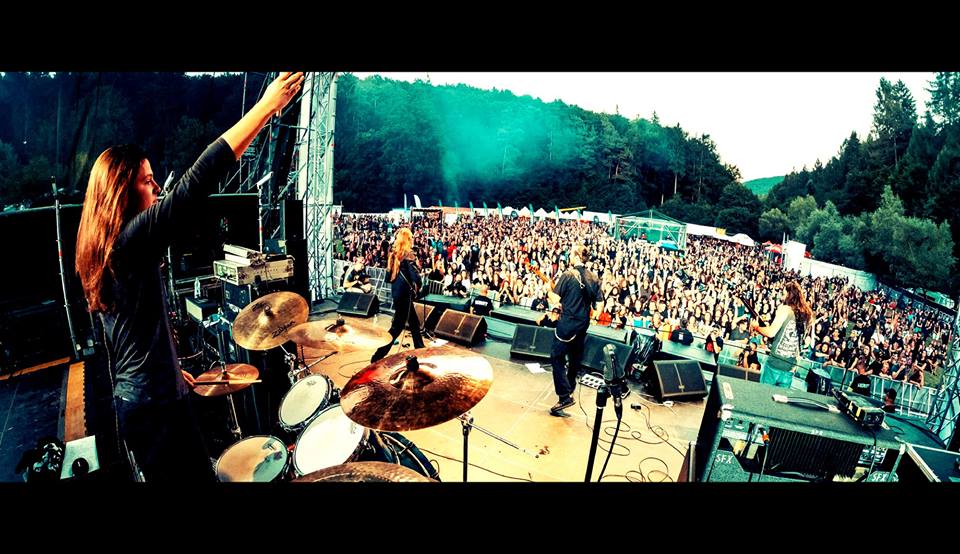 eternally “underground” state of music that we find ourselves in, has blossomed excellent musicians who we hope will bring undeniable value to the music in Romania one day. Together with Petre, our achievements have been countless, starting with the most important festivals in Romania, Rockstadt Extreme Fest, MetalHead Meeting, Posada Rock, “Top T”, even a participation in Lithuania at the Devilstone Festival, several tours throughout the country and even outside the country, three released singles, a video, a lyrical video, and many live highlights, on big scenes and clubs.

In parallel with TAINE, lately we have released two other singles / videos under the name SIGRID, a project (in parallel, made up of the same members of TAINE and Sigrid Cornea) “female frontend band”, highly appreciated as soon as it was released under the auspices of Universal Music. We all would have liked maybe more achievements, everyone’s expectations were and still are high, there will be many challenges in the future, we still have a lot to express both in the studio and on stage, but the most important thing remains that even after 25 years of its establishment, the group TAINE will still continue to exist. We wish that Petre will be very successful in the future in his new musical collaboration with Tudor Turcu & Bad Boys, as well as the special projects he will surely support. Starting today, our new guitarist is … our old guitarist – Ciprian Martin, who was with us back in 2009-2012. About him and our future plans, we will soon tell you more 🙂

We conclude by reiterating that the desire of the group TAINE is to remain in the underground scene, with all the good and bad that it can offer at this moment in Romania, and that does not mean that the underground can not evolve healthily and beautifully in the future.
Us, which are part of this scene, we are the first ones to desire this! But if we are not going to strive to change things for the better, then who will? We have the duty to fight until the end!